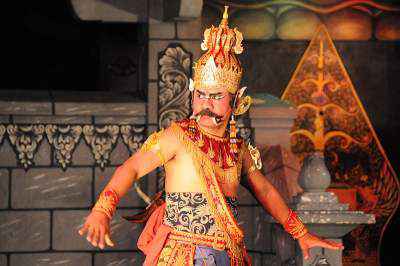 Ramayana Ballet in Prambanan Jogjakarta with Excellent Jogja Driver. Ramayana from Sanskrit (रामायण) derived from the Ramayana, Rama and ayana meaning “Rama’s Journey” is an epic story of India composed by Valmiki (Valmiki) or Balmiki. Another epic story Mahabharata.

Ramayana are also in Javanese literary treasures in the form of kakawin Ramayana, and the spin-composition in New Javanese are not all based on this kakawin.

In the Malay language Saga Series also found that it is different from Rama kakawin ancient Javanese Ramayana. 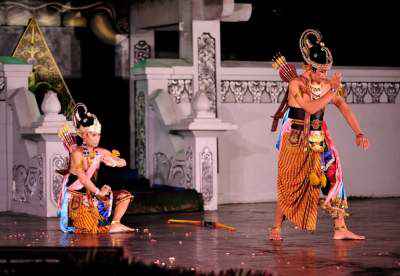 The epic Ramayana tells the story of Rama who ruled in the kingdom of Kosala, in the north of the Ganges, the capital of Ayodhya. Previous begins with the story of King Dasarata who has three empress, namely: Kosalya, Kekayi, and Sumitra. From Goddess Kosalya, was born of the Rama. From Goddess Kekayi, was born of the Bharata. Of Goddess Sumitra, born twin sons, named Lakshmana and Satrugna. Fourth prince is very handsome and proficient forces. 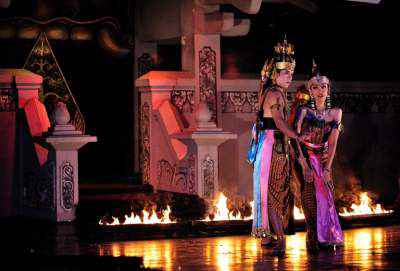 One day, the sage Rama Wiswamitra asking for help to protect the hermitage in the woods of the rakshasa disorders. After conferring with the King Dasarata, Rsi Wiswamitra and the Rama left for the forest accompanied by the Lakshmana. During the journey, the Rama and Lakshmana were Rsi Wiswamitra science of spirituality. They also incessantly kill rakshasa who disrupt the ceremony the rishi. As they passed Mithila, Rama follows the King Janaka held a contest. He managed to win the competition and the right to propose Sita, daughter of King Janaka. By bringing Dewi Sita, Rama and Lakshmana returned home to Ayodhya.

Dasarata King of old, want to give the throne to Rama. At the request of Goddess Kekayi, the King reluctantly abdicated the throne to Bharata while Rama to leave the kingdom for 14 years. Bharata wanted Rama as the successor to the throne, but Rama refuses and wants to live in the forest with his wife and Lakshmana. Finally Bharata ruled the kingdom of Kosala in the name of Rama. 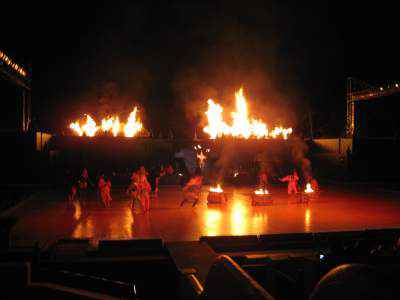 During his exile in the forest, Rama and Lakshmana met various rakshasa, including Surpanaka. Because Surpanaka eager to Rama and Lakshmana, his nose is Lakshmana was wounded by the sword. Surpanaka complained to Rawana that he persecuted. Rawana became angry and intend to take revenge. He’s headed to where Rama and Lakshmana then the ruse, he kidnapped Sita, the wife of Rama. In an attempt abduction, Jatayu tried to help but to no avail so he died.

Rama who knew his wife abducted Rawana to seek the kingdom of Lanka on the instructions of Jatayu. On the way, he met Sugriva, the King Kiskindha. With the assistance of the Rama, Sugriva won the kingdom of the power his brother, Vali. To repay, the alliance with Sugriva Rama to invade Lanka. With the help of Hanuman and thousands Vanara, they crossed the ocean and pounding Alengka. 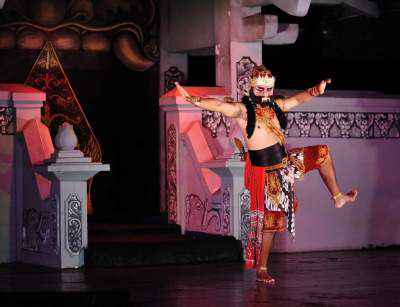 Rawana who knows his kingdom was invaded, sent his allies, including his son – Indrajit – to demolish Rama. Advice Wibisana (his sister) were ignored and he even expelled. Finally Wibisana siding Rama. Indrajit nagapasa arms off and get the victory, but not for long. He was killed by Lakshmana. After the allies and the patihnya fall one by one, Rawana forth and fight intense. With a powerful weapon Brahmastra arrows, Rawana fall as a knight.

After Rawana fall, the throne of the kingdom of Lanka submitted to Wibisana. Sita Rama returned to the fold after a purity test. Rama, Sita and Lakshmana returned to Ayodhya safely. Hanuman gave herself roundly to serve Rama. When he reached Ayodhya, Bharata welcome them with reverence and abdicated the throne to Rama.

Not complete it, when visiting jogjakarta without seeing this show. and hope that in mind, there are two shows Ramayana in Jogjakarta, one on the road Brig Katamso jogjakarta, and another in the area of ​​Prambanan temple complex. all of this in both places played professional dancers, so do not forget your arrival at the show jogjakarta