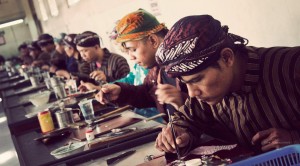 The Silver Factory tour in Kotagede – An Old City as Center of Silver Handicrafts. Located around 10 kilometers at the Southeastern part of Yogyakarta city center, the area is now well known as Kotagede as the center of silver handicrafts in Yogyakarta. Keeping around 170 old buildings built in 1700 to 1930, “Kotagede is not only named Silver City but the Old Capital City” as Charris Zubair Ahmad, a Kotagede cultural observer, said.

Kotagede Entering from the north through Gedong Yellow, a small street framed with classical buildings along both sides look like an exotic opening for tourists after going through the gate. 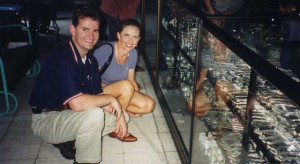 Since entering Kotagede area, tourists begin to enjoy various kinds Silver handicrafts sold at various prices at the front part of local people’s house Functioning as the gallery at the same time. Most of the houses are in traditional Javanese architecture called Joglo.

Silver handicraft is a culture descended by the ancestor to the next generations. Initially, handicrafts in Kotagede were made of gold, silver and copper. By the Coarse of time, however, silver is most preferred. For the reason, craftsmen make more silver handicrafts until today. This handicraft is exported to foreign countries, mainly to Europe. Order is usually increasing by the year end. 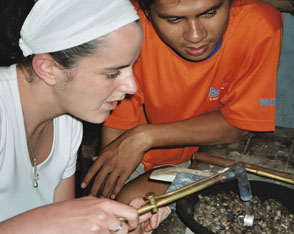 Please drop by at the gallery to see various kinds of handicrafts, ranging from jewelry, silver ornaments and utensils that are made with artistic touch of Kotagede silversmiths. Warm smile and greeting are pleasant reception to begin the exploration through Kotagede.
The Tomb of Old Mataram Kingdom Founder

To the south village, there is a traditional market of Pasar Gede named. Even though the architecture of the building is simple, the traditional market Panembahan Senopati built in time has been one of economy activities of mentawisan community. For this reason, Kotagede used to be known as Pasar Gede or Sargede.